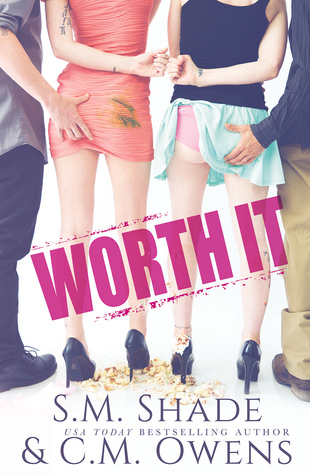 Worth It by S. M. Shade & C. M. Owens is a true romantic comedy. We follow three best friends who are going to a week long wedding. Kasha is the groom’s half-sister, Lydia is his ex-girlfriend and Henley is their friend. Everyone thought they wouldn’t come to the wedding, but Lydia literally dragged them saying she had to go to get some kind of closure since Anderson, the groom cheated on her with his current fiancee. What was planned to be a clean, boring and a posh wedding quickly after they get there turn a harsh turn and becomes a tale of ages.

“His lips are laced with pheromones that make me stupid or something.”